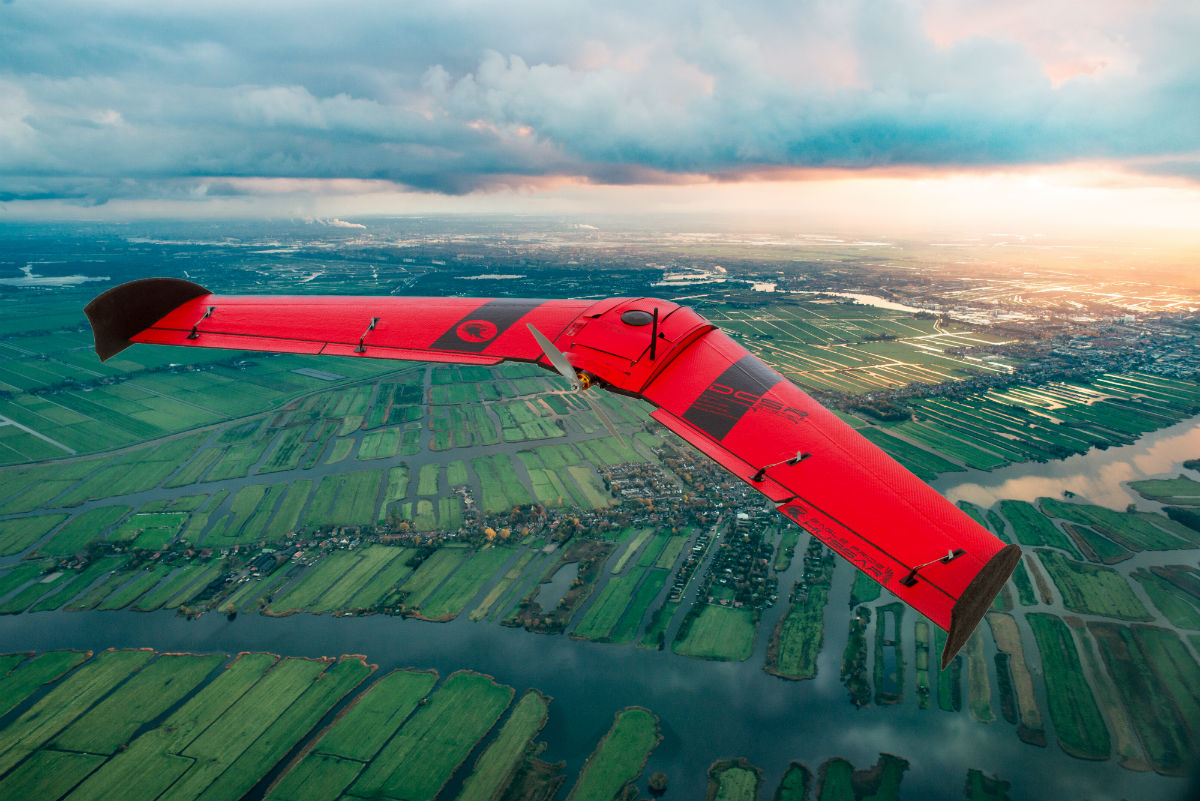 Everyday there is advancements in technology and there are drones for every purpose you can imagine. Did you know that you could build yourself a fixed wing drone? If you did not, we will look at how you can build yourself one, and with a few tries, you could build them for friends and family and turn a hobby into a profitable business.

However, if you still want to build yourself a drone, you can customize it to fit your needs. Today, we will help you figure out all the items you need build a fixed wing drone.

There are a variety of frames used in drone making, some more popular than others. The market is slowly flooding with manufacturers producing custom-made airframes purposely for autonomous use. Here are the most common types of airframes available in the market today.

This is one of the most common type of wing used on fixed wing drones. They are made from easily available and cheap foam board, and airfoil. The wing has two control surfaces and this means that all turns are banked. The propeller is attached at the rear of the wing, which allows the camera to be placed at the front. You have to be conscious of the center of gravity when placing your motor, camera, and propeller. They are not only simple, they can attain high speeds effortlessly. 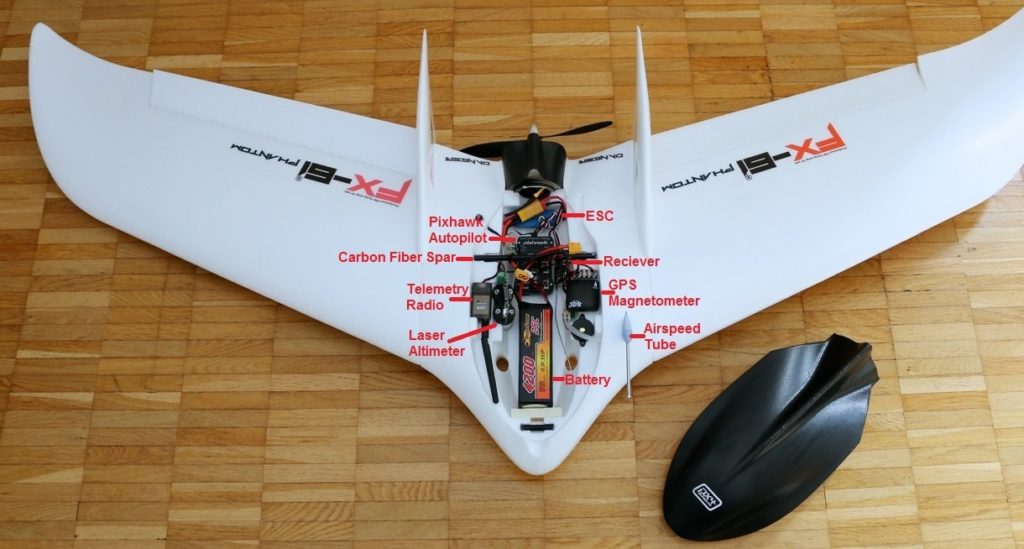 If you are looking to get longer flight times from your drone, this is the best type of wing. Most have a high wing or mid wing design with a V- or T-shaped tail. The size of the drone will determine how long it stays in the air. This type of airframe is the slowest and neither can they carry a huge payload, but a good design can make the drone stay in the air for hours. The propeller is best placed at the front and the camera mounted on the underside.

Almost all the RC planes converted for use as a drone have the propellers at the front with the wings having a rectangular trailing edge. They are the most preferred airframes since they are common to find. Despite this, they are the most difficult to work with since they come with very many aesthetics that are not necessary for drone use. They also pose a problem when choosing a suitable place to mount the camera.

All these types of airframes can be customized for autonomous and FPV use. 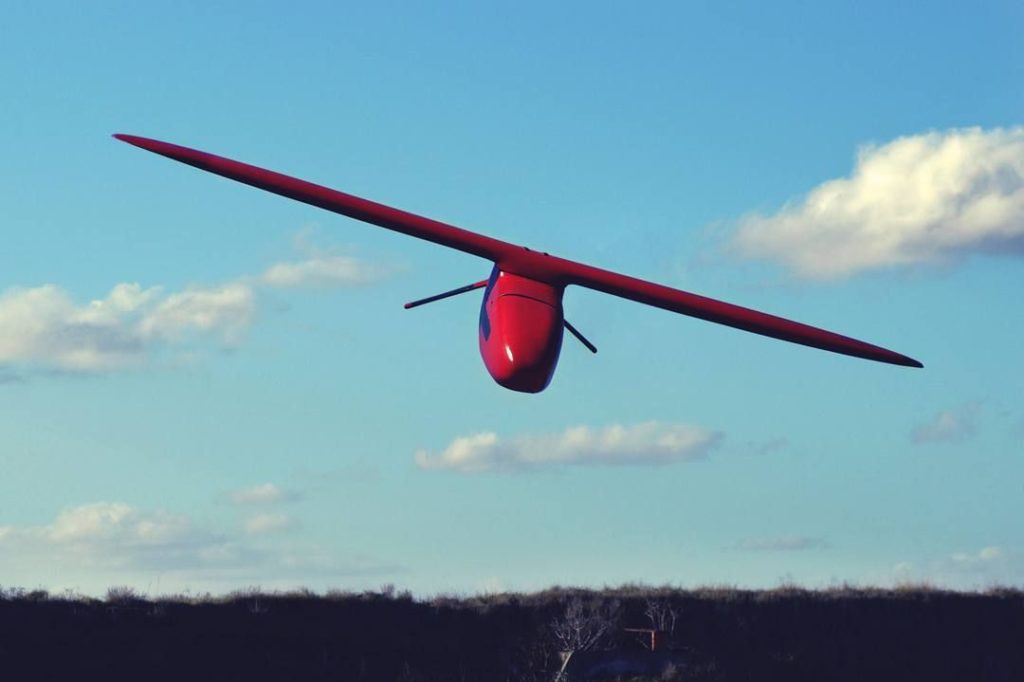 This kit includes everything you need to build a drone, and most manufacturers include an assembled frame. It has everything installed, motors, flaps, servos, ESC, receiver, battery, charger, et al. When you get the kit, you will have to connect the wings to the fuselage, charge the battery, insert, and connect the battery, and you are ready to take the skies. However, it is very difficult to upgrade.

This kit comes fully assembled except the fact that it is broken down for easier shipping. However, it does not include the receiver and transmitter. As soon as you get your BNF kit, connect your receiver to the servos and motor, insert the battery, check the COG, and go through the pre-flight checklist before you take it out for a flight.

The kit comes fully assembled with motors, servos, propellers, and an electric speed controller (ESC), but it lacks the receiver and transmitter, the kit is similar to that of Plug and play (PNP) kits.

This kit comes partially assembled, and the package contains all the items you will need to assemble the frame. You will have to buy the transmitter, motor, receiver, ESC, as well as the propeller servos. 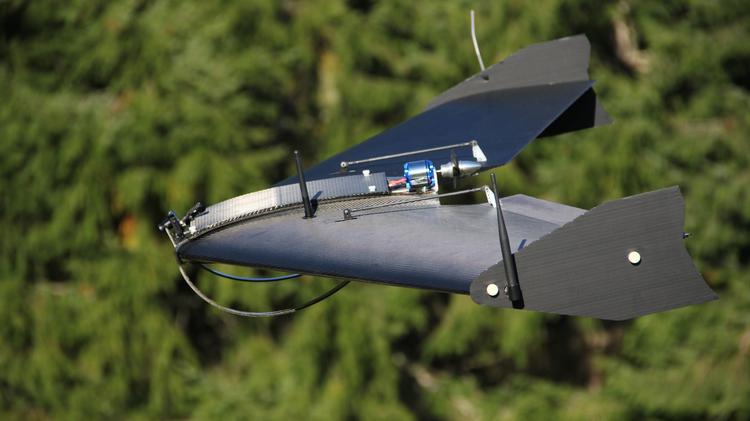 However, you can also decide to go with a DIY kit, where you design the entire drone right from the airframe to the wings. Building the drone components from scratch will require several tries before you get it right, but with much practice, you will get it right eventually.

After having the proper airframe and kit, you will need a propulsion system. The power system includes propeller, ESC, the battery, and the motor. If you go for the assembled kits and airframes, you will need to stick to the manufacturer’s recommended motor and propeller, as well as the weight of the payload.

If you decide to go the DIY way, select a motor and propeller assembly that will provide the proper amount of thrust, with the airframe carrying a payload. You can get recommendations on YouTube from people who have gone the DIY way.

When a drone does not have enough power, it will take off, yes, but it will not have a stable flight, and it will eventually crash. The same case goes for an overpowered drone; it remains unstable for the entire flight. So do your research on the amount of power you need on your drone given the weight of the intended payload, the type of airframe as well as the kit.

Finally, there are three ways of launching your fixed wing drone, by hand, on a runway, or catapult. Skid landing is the most common type of landing for a fixed wing drone, but you can also opt for net landing, or catch it midflight. With the components above, all you need to do is assemble them.