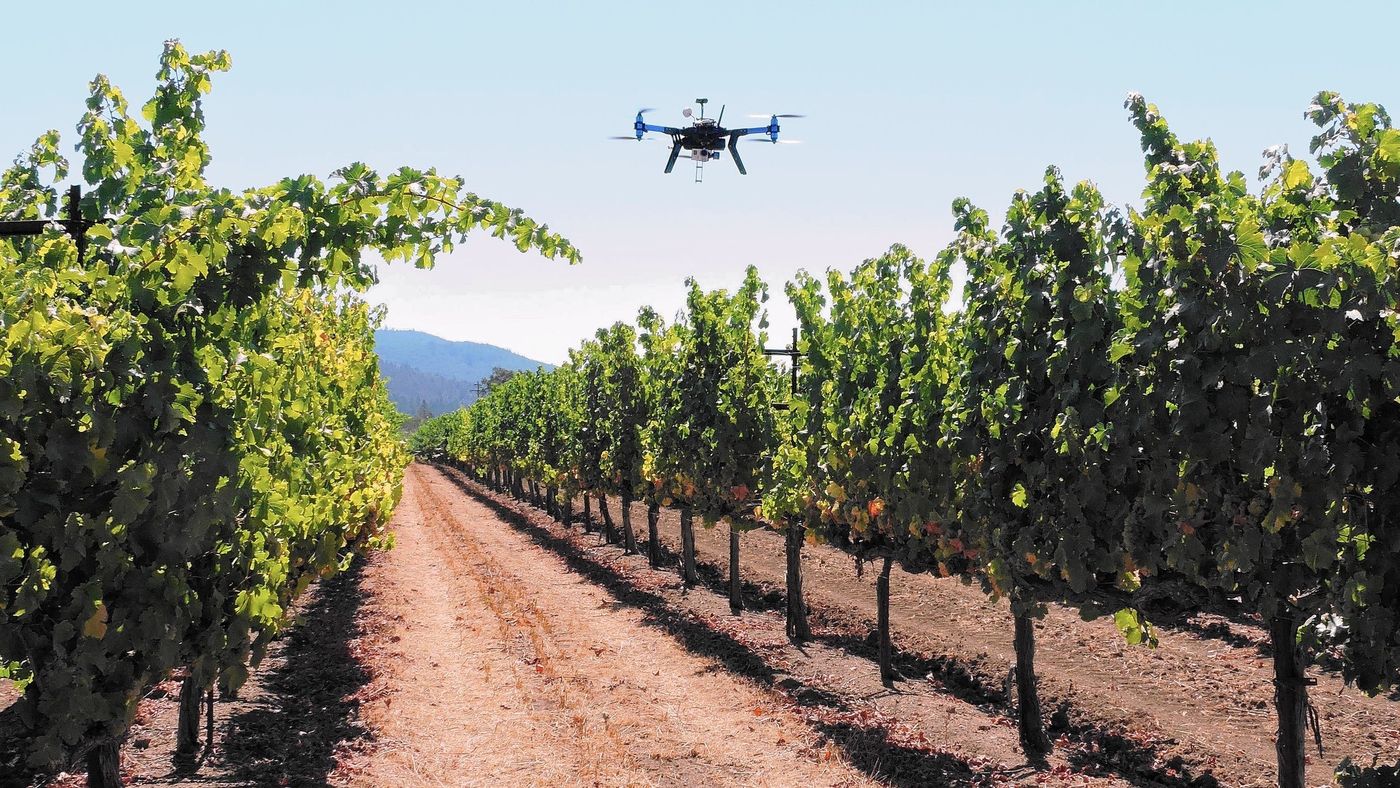 A few years back, drones began as toys with minimal application in the military. They have come a long way since then and there are now commercial drones that undertake various activities, most importantly, in agriculture. Agricultural drones are modified in order to aid farmers and agricultural service providers get data when they need it. They have been widely applied in Japan where the government uses them to collect data, which is then analyzed to ensure that the rice farmers maximize their yields from the paddy fields.

The application of drones goes more than crop farming, livestock farmers are also finding them very useful. Farmers keeping animals on large tracts of land, personal or communal ranches, are using agricultural drones to monitor the heard. The farmers can be able to thwart threats that the animals are facing when they are out on the pasture. The current agricultural drones can be able to give a general overview of the entire heard as well as tell when one is sick or about to give birth.

Ushering in an Age of Agricultural Big Data 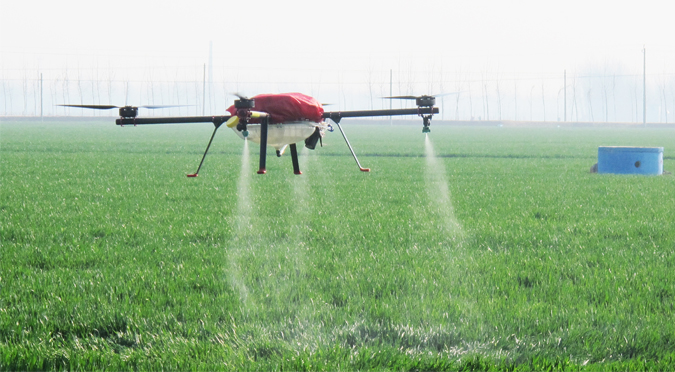 Agricultural drones are bringing an age of big data to farming and farmers are able to make informed choices where their farms, plants, and animals are concerned. While most people think that they are replacing human laborers from agriculture, this could not be further from the truth. The drones have reduced the time it would take to gather data, they are not only accurate, but they are also precise. Over all, drones are being paired up with agricultural software as well as apps and they are proving to be the better option to reducing a farm’s overhead.

The latest versions of agricultural drones are much more efficient than the first generation drones. Back then, it took at least two people to operate them; one would fly the drone while the other would take photos. However, the current versions of agricultural drones come equipped with GPS software. The pilot only has to input the coordinates of the area the drone should survey into the GPS software. The software then creates an autonomous flight plan and the drone flies according to the plan. 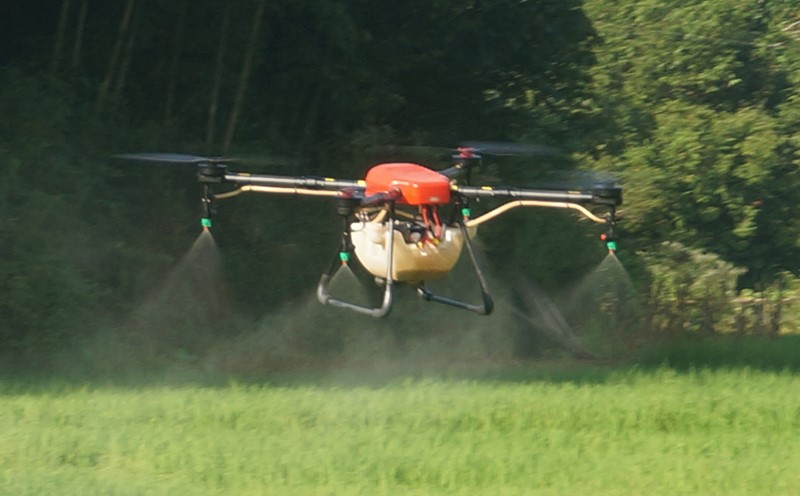 Agricultural drones not only give farmers an aerial view of their farms, but they bring new levels to the concept of precision agriculture and agricultural mapping. With GPS and altitude hold, you can be able to pinpoint areas of the farm that need pest, fungal, and bacterial control, as well as ensuring proper crop density. Essentially, the drone will make NDVI maps of the field and you can detect threats to the crops as well as scout for pasture for your animals.

The drone will use this form of data integration to enhance precision agriculture. The sensors enrich the possibility of analysis, which then increases the range and efficiency in the field. One of the application of agricultural drones is to undertake aerial seeding and the data from the tractor on the ground will ensure that the seeds are planted in the proper density. When also combined with tools such as precise weed control robots in the agricultural ecosystem, the resulting intelligence contributes to smarter, more sustainable and efficient crop systems.

One of the areas that agricultural drones have come to aid the farms is in the application of fertilizer, weed, pest, and disease fighting agents. However, the world is reeling in pollution from farms due to over application of weed control chemicals, fungicides, fertilizers, as well as pesticides by laborers who cannot stick to the recommended measures. The error also comes about during planting, leading to improper crop density. However, the drones can be programmed to only apply the recommended amount and this reduces wastage, and pollution. 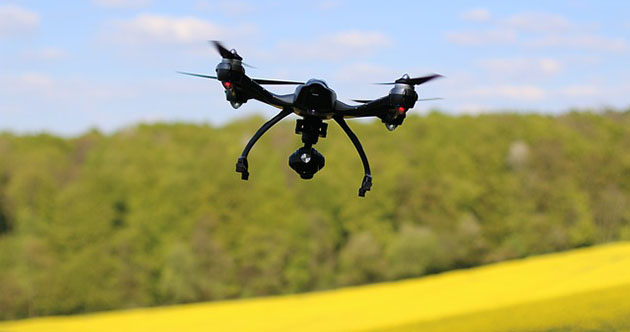 The excess chemicals end up in rivers and other water bodies, adversely affecting the animals in the water, as well as causing the formation of acid rain. Improper crop density will lead to certain plants in the field failing to grow to maturity. This not only increases overhead, but it lowers the ability of the farm to produce maximum yields. Drones take out the human error in both of these applications, and thus reduce the cost of farming.

Soil and field health are crucial factors that determine the yield from the farm, and drones have been seen to fast track the analysis of the soil. Farmers use the analysis from the drone to ensure that their crops can survive to maturity. For this reason, the drone needs to have a source of data to make comparisons in order to give accurate real time data to the farmer or the agricultural service provider. They will be able to help in irrigation management as well as show areas where the soil compactness is not sufficient for planting.

In addition, the drone will need to be able to tell the difference between healthy and unhealthy plants. For instance, a drone can tell the difference between healthy and unhealthy crops by using near infrared cameras. The healthy plants will reflect green light and absorb red light, and the unhealthy ones will absorb green light and reflect the red. With the data programmed in the software, the drone will be in a position to give an accurate yield estimation of the farm, and so mitigate the issues as soon as they appear.

Livestock farmers are now able to get the most from their animals with the drone flying above. As with the crop and soil data, a livestock farmer needs to program in all the data concerning his or her animals and the drone will pick up any red flags. This might include the health status of each animal on the farm, when the females give birth, and they are far away from the keep.

The modern ear tags come equipped with a GPS tracker and the drone can pick up their signal for easier monitoring. This way you can schedule when the drone makes the routine fly over. The drone can also be programmed with pasture data and they can pick up areas where there is enough pasture for the animals as well as be used to replant areas where wild fires have burnt away the vegetation.

Finally, agricultural drones are seeing increased integration in farming activities. They have brought about the age of big data farming and the data they have collected is maximizing yield. They are also reducing agricultural overhead and increasing efficiency.

All Types of Information Related to Drone Registration

What are Water Drones Used for

Drone Safety Tips You Should Know