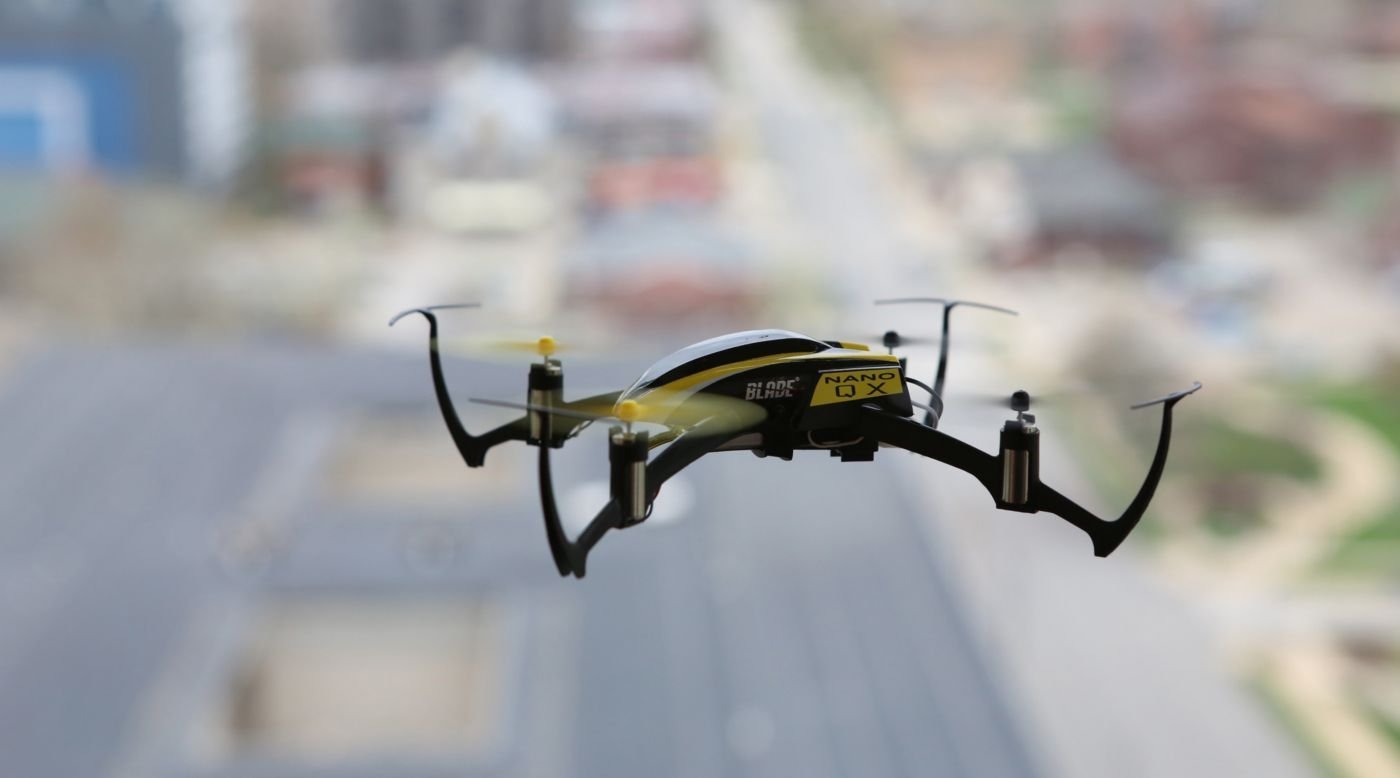 Drones are becoming more and more popular these days, and a lot of people are starting to invest in them. People who want to get into drone flying should obviously look for models that are user friendly, simple and are a whole lot of fun. One such model that might fit this description is the Blade Nano QX RTF. It is a quadcopter that is easy to operate and is designed to be flown indoors. It is more than stable enough for first time drone owners and is also capable of pulling off stunt moves as well.

Despite its appearance, the Blade Nano QX is quite durable and will not break apart easily whenever it crashes. It is a perfect first choice for anyone who is new to drone flying and would love to try their hands at operating a quadcopter. In this review we are going to look at some of the more important aspects of this drone and see if it really is worth the money.

First let us take a look at its design. One of the reasons why beginners will love the Nano QX is because it is a RTF (ready to fly) drone. This means you no longer have to do any assembly when you take it out of the box. All you have to do is charge up its battery and let it fly. It is a pretty simple design and its frame is made up mostly of plastic along with a single printer circuit board. The canopy clips right on the top and the drone’s battery fits perfectly beneath it. The frame is made out of light plastic, but is more than capable of enduring most crashes.

One nice touch that the manufacturers have added to the Nano QX is the inclusion of prop guards. These prop guards are designed to help keep the fast rotating propellers of the quadcopter from rotating in case you fly sideways into something, which with this model you most likely will.  But this doesn’t mean they are full proof though because if the quadcopter flips over and hits something, then its blades will still get caught.

Moreover, the propeller guards aren’t going to be enough to stop a curious person from touching the blades either. While the blades aren’t sharp enough to make you lose a finger, doing so can still cause the drone to crash.

The Nano QX runs on a 150-mAh lithium-polyner battery that can provide up to 7 minutes of flying time and can be recharged using a USB-powered charger. The battery only takes about 25 minutes to become fully charged. Replacing the battery is also a very simple process as all you have to do is disconnect the power cable then slide out from under the base, and reverse it to replace it.

The controller of the Nano QX looks a little bit similar to that of the Xbox gaming console. It is small and compact enough to fit right into your hand and its sticks fall nicely right under your thumbs. The left stick is the aileron control (helps you tilt the drone left and right) while the right stick is for controlling the rudder (lets you rotate the quadcopter left and right). As for the throttle and elevator controls, you can simply switch them between the up-down motion of the left and right sticks based on your preference.

The throttle stick can be a bit sensitive and users might find themselves accidentally sending their quadcopters spiralling away. The power switch can be found right between the two sticks, and has a single red LED light that signals when the drone is on or off. There are also some buttons that can be found around the ring of the analog sticks which can be used to adjust their sensitivity. The controller operates on four AA batteries.

As a quadcopter the Blade Nano QX is easy to get into and fun to fly. The controls do need a bit of time for you to get used to, but once you do you will find precise flying to be quite possible. The drone can fly and turn around rather quickly, and can zip around at a pretty decent speed. However, the manufacturers have not offered any maximum claims. The remote that it comes with has a range of about 40 feet. This is pretty adequate for an indoor quadcopter of its size.

When purchasing a drone, whether you’re new to the hobby or are a long time enthusiast, it is always important to check for the gadget’s overall safety features and reparability. As with most drones, the Nano QX will inevitably crash at one point, but the good thing is that it comes with a set of four spare rotor blades, which are the most commonly damaged components whenever a drone crashes. It also comes with a spare canopy as well.

Replacing the canopy and the rotor blades don’t require tools as you can easily snap the former into place while the latter can be pulled off with little difficulty. You also have the option of ordering spare parts online, but with an affordable quadcopter like this you are better off purchasing a new one in case it gets seriously damaged from a crash.

The Blade Nano QX is budget drone, so it has a rather short battery life coming in at just around 7 minutes tops. This is a minute shorter than the 8 minute span that the manufacturer claims. This is typical for small quadcopters though since there are very few of them that can get double digit flight times.

The Blade Nano QX is the perfect quadcopter for beginners. It is very affordable, controls well, and is a fun and easy device to fly. It has a short battery life, but this can be remedied by purchasing spare batters which are usually no more than $20 each. It is durable enough to withstand most crashes and will help introduce newbies to drone flying.

Parrot Rolling Spider Review – Nothing to Fear About This Spider