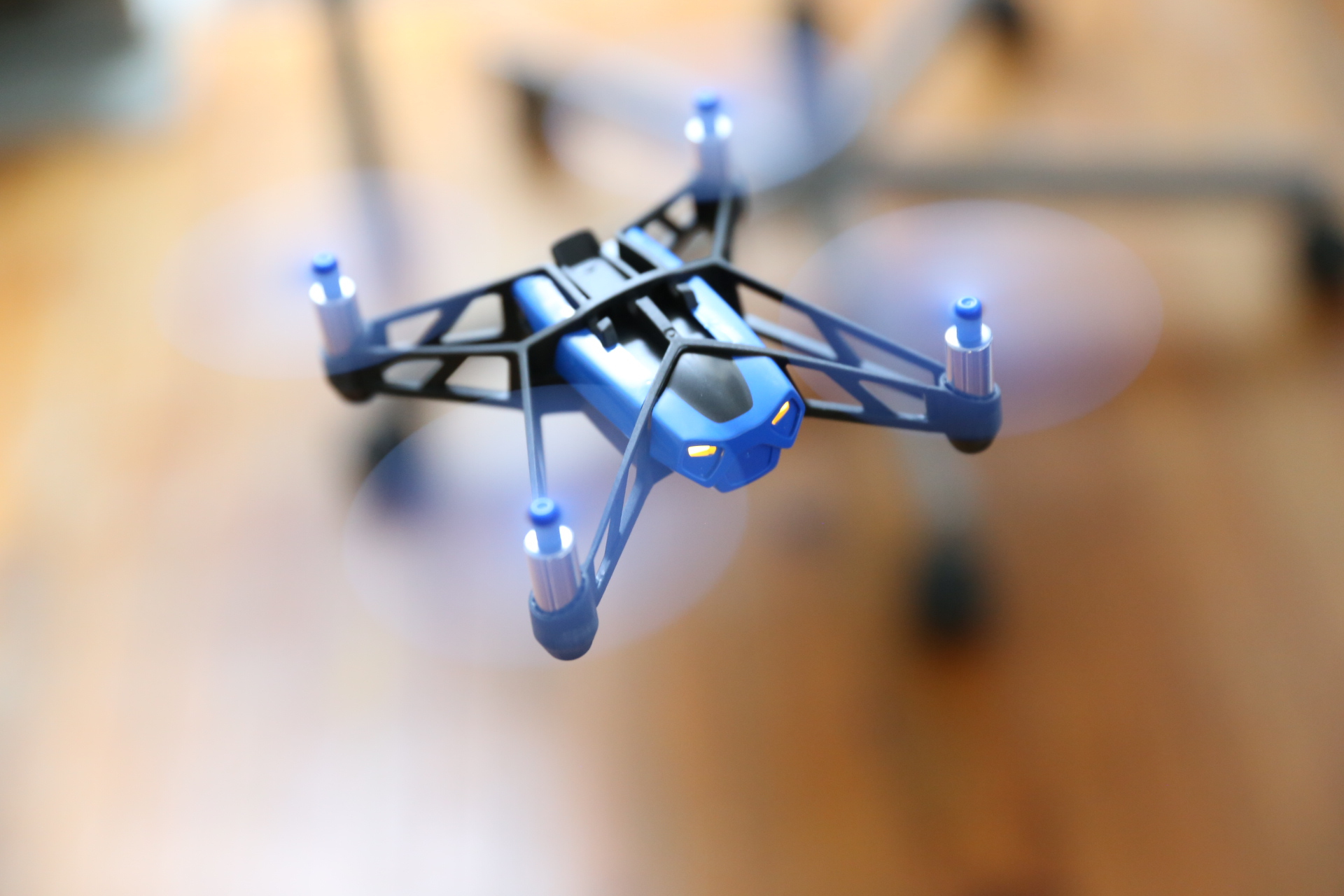 It might have an unusual name and it might be small, but the Parrot Rolling Spider drone is a real draw-card – it’s rated as one of the most loved and popular drones around on the market. But it makes sense – just look at it. It’s got such fascinating features and people on seeing it, are intrigued to know more. 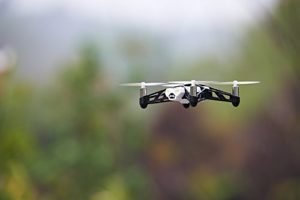 This little drone is made entirely from plastic, very similar to most of the other drones. But you can see with this drone that the designers kind of really considered design; maybe that’s one of the reasons it is so popular. Look at the 2 LED lights on it that look like it’s looking at you, ready to do your command. When you are charging your drone to your USB power-source, these will come on. It certainly is durable too; according to reviewers and users alike. Usually when it falls, it still stays intact. If there is going to be damage, it usually is the rotor blades. But these can easily be fixed by just putting them back on again – no hassle.  Should you actually damage the rotor to the point that you can’t use them anymore; they are easily replaceable and cheap too, at just around $6. But look see, this mini-drone has got another great feature – it’s got ultra-sonic sensors:

Most fascinating probably are those two wheels, big wheels that make it look like a spider crawling around on the floor. It’s just like playing with a remote-controlled car then. These wheels are kind of protective too in that they prevent the drone from bumping into things like the ceilings or walls when it’s flying inside. Another ‘like” for this drone is with the fabulous features and functions it has, it comes in as great for beginners. Regular drone pilots find it a bit of a “must-have”.

Another fascinating feature is the Spider’s camera

It’s going for around $105  right now, not too high at all. And you really get something for what you paid for in the Parrot Rolling Spider. You also get a 12-month guarantee from parrot for the whole drone. Naturally, this doesn’t apply when the damage was caused due to user error. Parrot is eager to keep the products updated all the time, so the apps that get updated will find that the controlling of the drone gets better.

Look at these models that are similar to the Parrot Rolling Spider drone:

Finally, one has to admit that the Parrot Rolling Spider mini-drone is generally an excellent drone with a couple of drawbacks, like most of the other drones. You can make your own decision by looking at what other people who have bought this drone have to say.  Look at the pros and cons listed below and you should then have quite a good idea if this is the drone for you.

Is it still worth the buy a Parrot Rolling Spider?

Yes, if you are looking for a fun toy. It does get addictive. There is really only one question you have to ask yourself –what will you do when the novelty wears off? It’s because this drone hasn’t got games to keep your interest up as you would get with the Spider’s big brother, the AR drone. You need to weigh up this little drone against other remote toys too – then you will know if it’s the one for you. The biggest drawback is its short battery life. But as an entry drone, it’s highly comparable, even better than other beginner drones when it comes to using the smartphone as the controls and the flight time.

With all that it’s got going for it, the Parrot Rolling Spider invites you into its web of intrigue; it dares you to try it!