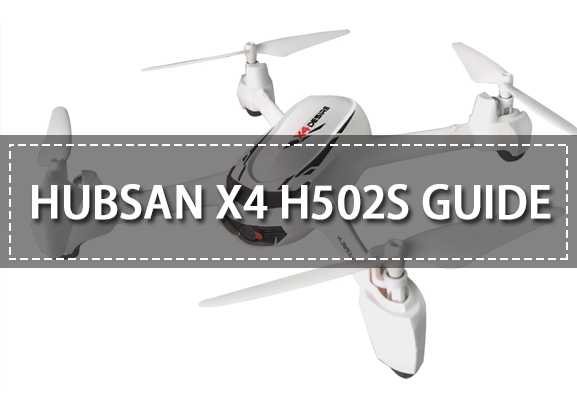 From time and again, new drones enter the market with the aim to capture the skies. Then again, not all of them are able to win the hearts of drone enthusiasts. Well, Hubsan H502S excelled in its mission because this advanced version of the unbelievably popular Hubsan H501S took the markets by storm within a couple of months. Here, we are going to take you through a comprehensive Hubsan X4 H502S review and inform you about the features which make it stand out of its competitors.

Defining new paths for innovation every day, Hubsan has collaborated with Tekstra Brands NYC, to bring out the best of your creativity. The products manufactured here are revolutionary with features that will leave you wanting for more!

The Aerial View Technology powered by Hubsan allows you to explore the world with an all-new angle, that too in High Definition. The innovative creators at Hubsan have designed the best of products to cater to the needs of beginners as well as professionals.

Hubsan X4 series drones such as H107L and H107C have given a tough competition to FPV drones from leading brands such as Syma, DB Power, DJI, Eachine, Yuneec etc. 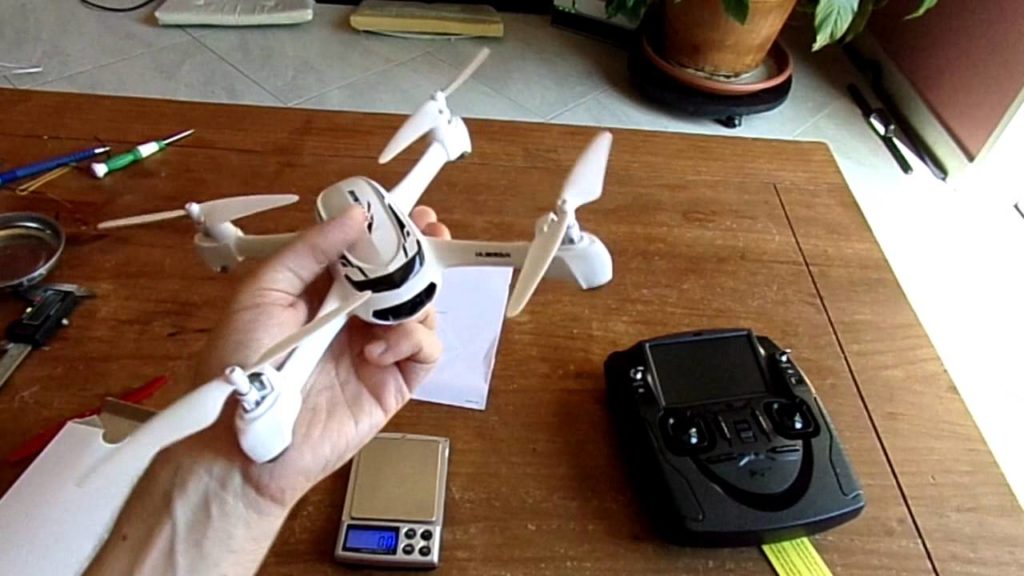 Hubsan H502S is the smartest FPV quadcopter drone out there which sports some amazing features for a drone this small. The drone falls in a lower price bracket, that too, without any compromise with the sturdiness and looks of the drone. The built and design of the drones is in line with that of its predecessor, Hubsan H501S.

What’s inside the Box?

Hubsan X4 H502S is a ready-to-fly drone. Therefore, you won’t have to engage in the technicalities of building a drone but you can set it up to fly once it arrives at your doorstep. 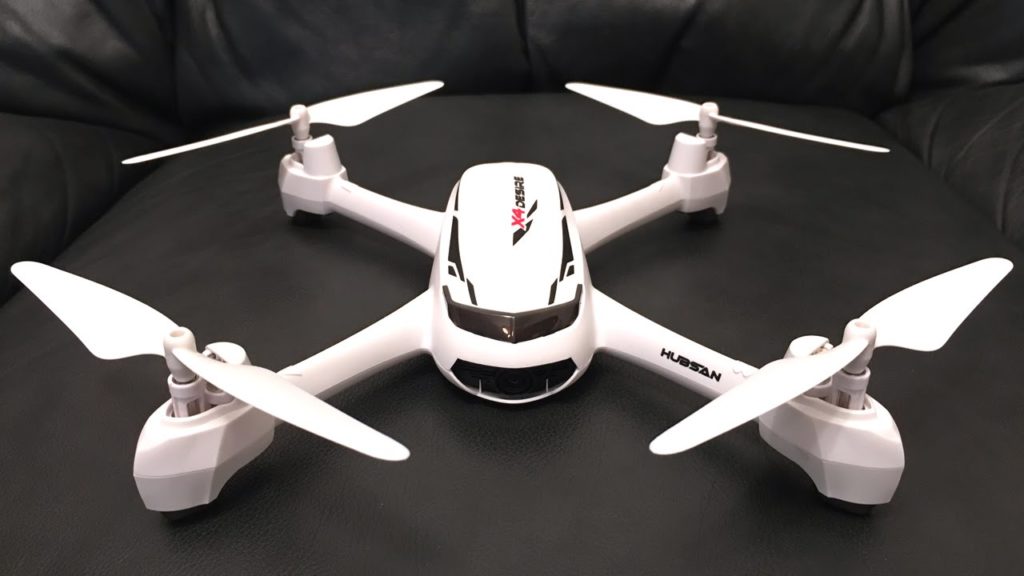 When speaking of the built, the Hubsan H502S is made up of fine quality polymer, keeping it lightweight and shock resistant at the same time. The propeller guards are added to protect the drone when it accidentally strikes against a tree or building. The quadcopter weighs only 0.32 lbs which is ultra-light. And what could be better in a drone than ease of changing the motors if they burn out or the easy process of screwing up

In addition to a robust built, the flights it takes are incredibly smooth. The headless mode allows the beginners to conduct the drone in the direction it is headed to without having to control it entirely. The Return to Home feature will make sure that your drone comes back safely to you at the press of one key. This feature of Hubsan H502S is facilitated by built-in GPS Technology which helps the quadcopter to register the location where it started so that it can return back to its initial position.

Apart from that, Hubsan FPV X4 Desire H502S is loaded with features such as follow me mode and Altitude Hold.

Follow me mode is certainly one feature which is tough to find in drones in this price bracket. This mode allows the drone to follow the transmitter signals allowing you to record the movement of the objects which are impossible to record manually.

Altitude hold mode ensures that the drone remains intact at the decided altitude while the rotation and horizontal movement are still available.

Energised by 7.4 V, 610 mAh Battery, the motors of the Hubsan H502S are ultra-smooth. The powerful battery takes approximately 110 minutes to charge to give you an effortless flight of 12 minutes for as far as 0.12 miles.

The reason why Lithium Polymer batteries are preferred to power drones is that they are way safer than Lithium-ion batteries and are well-insulated against shock. They are thin and light so that they do not add to the weight of your drone. A USB charging cable accompanies your drone so that you can charge your battery wherever. An added advantage of using Li-Po batteries is that they are easily available in all the hardware stores near you. If you are wondering whether you can buy a more powerful battery for your drone for better performance, this Hubsan H502S battery upgrade can cost you the entire drone.

It is always advised to be cautious when working with these chemical-based batteries because they can react to extreme temperatures. In fact, due to Air Safety, one is not allowed to carry Li-Po or Lithium-ion batteries during air travel.

Make sure that you charge and use the Lithium-ion Polymer Battery within the temperature range of 4-40 degree Celsius.

The first and the foremost feature you will look for in a camera drone is the camera. Hubsan X4 H502S comprises of a decent camera with 2.1-megapixel display along with an HD video recording of 720p, which is 1280x720p. The format in which videos are recorded is MP4 (MPEG 4) along with the bitrate of 60Mbps in the most favourable conditions.

All your clicks and videos that you capture in the sky are stored in the memory card (not included in the box along with aircraft) which will make sure that everything remains with you forever.

Hubsan H502S Mods such as Altitude Hold Mode and follow me mode with help you to capture the best of the footage. Altitude hold mode is perfect for still photography because the camera lacks a gimbal, making still photography from this drone quite a task. Follow Me Mode is perfect for recording yourself when you are mountain biking, hiking or rowing. Not just that, you can attach the Radio Controller with a moving object and let the drone track it for you.

In Hubsan FPV X4 Desire H502S the camera is not something a professional would want to use but certainly will be loved by a beginner or an enthusiast who is trying to experiment with a good budget drone.

When it comes to the analysis of drones, transmitters cannot be missed out on. After all, they are the devices which control the gadget. Hubsan X4 H502S uses a 2.4 GHz controller which has a built-in 4.3 inch LCD Display for FPV. The display shows the GPS Positioning of the craft, battery, Velocity, altitude, as well as pitch and roll.

The controller needs 4 AA batteries to operate, which are to be bought separately. The battery supports the screen display as well as the controls and transmission, therefore, you will have to have a new set of batteries handy after every 3-4 flights. Well, a solution which can save you from spending on batteries, again and again, you can buy rechargeable batteries.

Control Range offered by Hubsan H502H is approximately 200 meters when the drone is in direct line-of-sight of the transmitter.

Hubsan sells its brand with the promise to break all biological barriers and allow humans to experience technologies they couldn’t have imagined before. And the FPV in Hubsan is facilitated by the 4.3 inch LCD display in the transmitter which is transmitted at a frequency of 5.8 GHz. You can record the FPV Preview that you can see on the screen which gets stored in the SD card. There is a separate SD card slot in the drone.

The FPV transmission and RC work on different frequencies to avoid cross-interference. The users have said that the FPV works like magic when you are within a distance of 10 meters from the drone if not, the signals start to fluctuate and distort.

Hubsan H502S gained a lot of popularity for being the smaller version of Hubsan X4 H501S but what took the buyers by surprise is the fact that H502S is powered by some incredible features of its own. 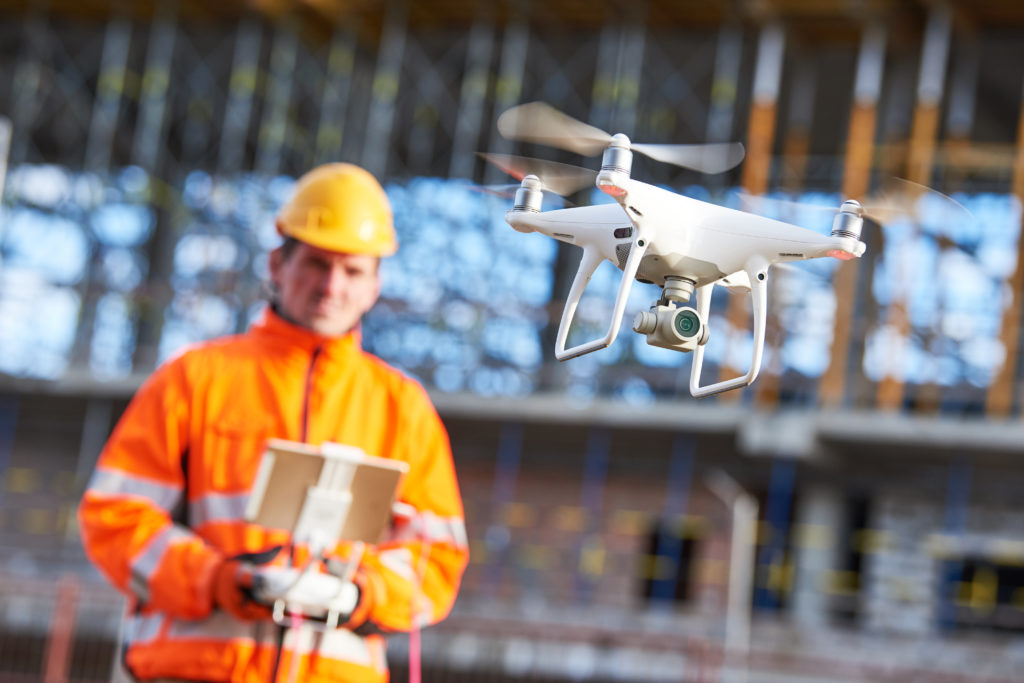 The above pros do make Hubsan X4 H502H a must have Quadcopter, but many users have encountered various troubles while using this gadget too:

Hubsan H502S is probably the best follow me drone you can buy at this price range. Though there are some aspects where it lacks, then too, it is the best budget drone with superb features.