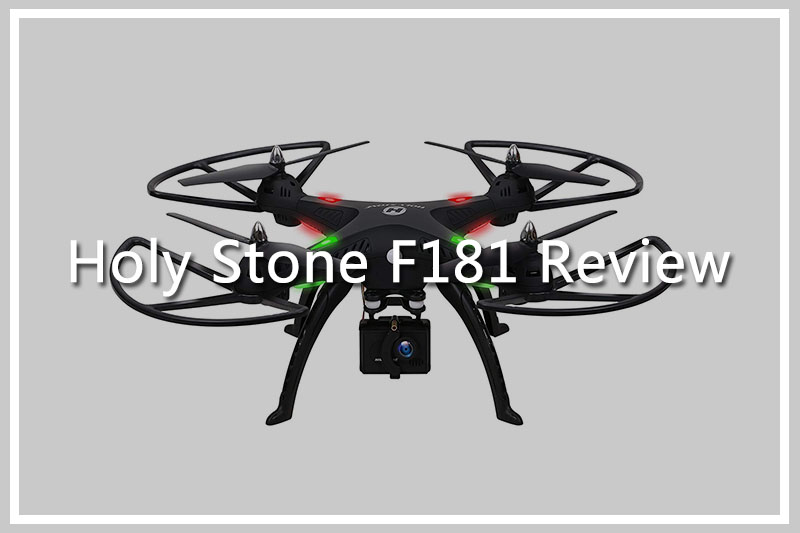 The Holy Stone F181 is a valuable addition to the existing range of drone by Holy Stone. Among the entry-level quadcopters that are available in the market these days, this one comes across as an affordable option. Apart from the reasonable price of the drone, it is also suitable for a variety of purposes.

The Holy Stone F181 involves a couple of LEDs underneath its prop extensions to indicate the front and the rear sides. Besides, it also sports numerous other features to occupy an important position on the list of useful drones at present.  If you are looking for a comprehensive Holy Stone F181 review, read on to know more about it.

Since its launch, the product has gained in popularity not only in China but also other parts of the world due to its price factor. There are many users around the world who seek a cost-effective solution to buying a drone. Experts believe such users are likely to benefit from the launch of this product.

The product is tailor-made to address the needs of the novice as well as advanced users. To put it another way, it appeals to both kinds of users alike. This gives it an edge over the other drones that are on sale either at general stores or online stores. Plus, the use of modern technology in the drone makes it one of the most sought-after items for shoppers.

With the Holy Stone F181 RC Quadcopter Drone at the disposal, buyers have a viable option to meet their drone-related requirements without splurging a hefty amount of money out of their pocket. How good is the product in terms of its price? Does it meet the expectations of a standard user? What are the benefits and downsides of using the product? You will find out the answers to these questions in the subsequent sections.

Going by the appearance, the plastic material with which the protecting frame and propellers are made may look like the same from the outset. What it means in Layman’s language is that both the parts are vulnerable to breakage. The sure-fire way to ensure the protection of the frames is to keep the blades safe and in a working condition.

What’s Inside the Box?

The quadcopter discharges within 7-10 minutes, whereas it takes nearly 80 minutes to charge up to 100%. This is how the battery of the drone performs under standard conditions. This may sound a little unsatisfying to heavy users. However, luckily, the company offers two batteries for every drone. Heavy users can charge the batteries at once and use one after the other to reduce the waiting time linked to charging the battery.

For all users, here’s an important battery tip: drain the battery totally before setting it on charge again. This may sound like a normal practice from the outset but it can help maximize the lifespan of the battery.

The Holy Stone F181 RC Quadcopter Drone with HD camera comes with a 2MP camera which is capable to take snaps at a resolution of 720p and shoot videos at 30 frames. From the outset, it does not look like the specifications of a professional camera. That said, it is not useless either. It has an okay sort of camera to address the personal requirements of users. The quality of snaps it takes is in line with its price factor.

The 2GB SD card, which comes along with the package, is ideal for the storage of photos and videos. The expert opinion on the storage space of Holy Stone F181 RC Quadcopter Drone with HD camera is that it is adequate to store pictures and videos on the personal front. In case a user needs a greater storage space, they can expand it further up to 4/8/16 GB by inserting another SD card in the slot. 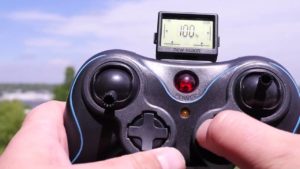 The Holy Stone F181 operates with a modified manual controller which looks like a PlayStation pad. However, for a change, it also packs an additional LCD screen at the front end. This arrangement makes the Holy Stone F181 RC Quadcopter Drone with HD camera easy to catch sight of the photos straight from the drone. Further, there are buttons and controls that look like joysticks to regulate the sensitivity, agility and stability of the drone. One can switch on or off the camera and lights of the drone by making use of these controls.

For tracking the signal quality, recording status and sensitivity levels of the drone, the Holy Stone F181 RC Quadcopter has an LCD screen attached to its top portion right in the middle. Depending on the ease of use of the transmitter, one can perform several moves with the drone.

Being one of the toy grade quadcopters in the market, the camera module of Holy Stone F181 is basic with just a play unit and a plug. In terms of customization, there is not much to speak about as the product does not offer a wide range of options in this regard.

There is no option in it to change to change the features such as colours, saturation, sharpness, AE metering modes, etc. As a result, even a slight exposure to bright spots, especially during the daytime, can result in a darker footage. One way to address this issue is to make certain that the drone does not fly too high.

The Holy Stone F181 RC Quadcopter Drone is quite easy to understand as well operate, especially for users who are used to operating manual controllers. That said, the procedure can be a little tricky for absolute beginners.

Notwithstanding the simple look of the controller, the Holy Stone F181 RC Quadcopter offers great controls which can even give an expert a run for the money. Nonetheless, one can master or at least perfect the piloting skill with some practice and continuous use.

While there is no denying the fact that it is an outstanding performer with regard to making a flip at all the directions, it is slow. Regardless of the direction in which it performs a drill, it does so with an aggravating slowness when compared with the performance of the other drones with the feature.

One cannot expect a better set of features than the one which the drone brings to the fore in this price range. To assuage the concerns in connections with the short battery life, the company also provides an extra battery.  The additional battery can increase the flight time by up to 8 minutes which is at par with the requirements of moderate users. With some practice, users can use the drone even without propeller protector and landing gear. Again, it goes without saying that the removal of these components is necessary to improve the flight time and the motility of the drone.

The Holy Stone F181 RC Quadcopter has a common design for a quad. One of the striking or unique features of the drone is its curvature at the top. This design allows the drone to cut through the air in an effective manner. Besides, a flashlight on the front side makes it ideal for use for at night.

Because it is made of durable plastic, it is less likely to suffer damages due to mild crashes.  If the opinion of the majority of its users is anything to go by, then it is generally resistant to durability issues. Still, if there is an issue with the hardware of the drone, users can fix it with the spare parts available on the online stores.

If there is one area in which the Holy Stone F181 comes short, it is in regulating the heating system. It is not for flights that last for a longer duration of time. Instead, users should allow things to cool down before sending it off the next fight. Also, it is necessary to bear in mind not to fly the drone in windy conditions. An exposure to strong winds can be detrimental to the longevity of the drone.

The Holy Stone F181C RC Quadcopter Drone with HD Camera is available at $79.99 at Amazon. Taking the features of the drone into consideration, it is a reasonable price. Thus, it is an ideal option for those who are planning to buy a drone for personal use within a tight budget.

As is the case with the other drone products in the market, the Holy Stone F181 also has its own share of pros and cons. Given below is a list of some of its advantages and disadvantages to help users make an informed decsion. 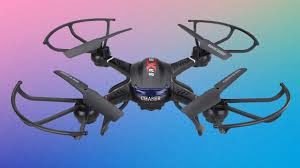 The Holy Stone F181 RC Quadcopter Drone costs between $90 and $120, depending on the online store from which a buyer buys it. Speaking of the price of the product, a mere look at the value indicates that it is a moderate one. While it is not dirt cheap in any way, it isn’t outrageous for buyers. Shoppers who are looking for a product within the medium range are likely to find the price reasonable.

The drone brings about a whole set of features without burning a hole in one’s pocket. This is one of the striking features which is likely to make it an obvious choice among buyers. All in all, it is one of the best buys at the price and gives more bang for the buck. Purchasers can purchase it without a hesitation as it is a profitable deal.

Despite its small size and lighter weight, the Holy Stone F181 review in a nutshell is that it is one of the easy-to-fly quadcopters available in the market. The best part about it is that it packs numerous features within a reasonable price tag. Some of its highlights include its altitude-hold feature, easy to use remote control and its capability to make a 360-degree flip.

It is almost ready out of the box; it also comes with a couple of cables and batteries. However, its motors are prone to burning. So, users need to exercise special care while using the drone.

In the event the drone becomes dysfunctional due to an issue with any of the parts, spare parts are available online. This is one of those features that can bail a user out of trouble, although it is still a bummer. And while it may not capture high-quality videos or landscapes, it still offers good value for money.

All Details on DJI Inspire Drones and the Differences Between Them