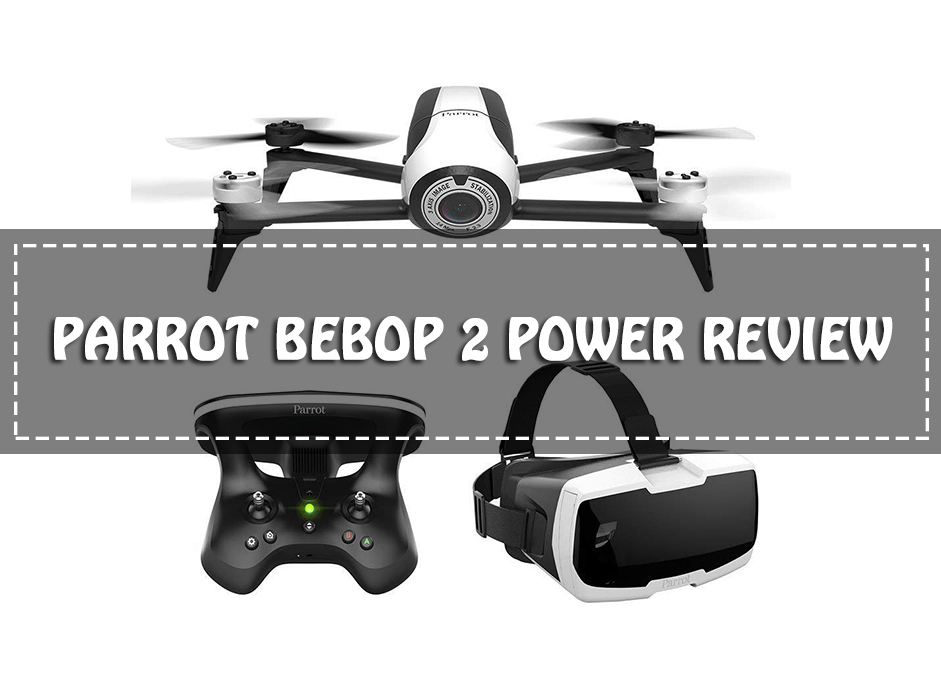 The new entry to the existing drones in the market is the PARROT BEBOP 2 POWER drone. The drone combines a lot of exciting features into a single drone at an affordable price. The product has created quite a buzz after its launch. Our team has thoroughly inspected the instrument and brought and the review of the project to help you in making an informed decision about the product. The video stabilization in this drone is not the same as that of the existing drones. Despite the effect, the Bebop doesn’t hold the gimbal, the simulation part is an attractive feature. The drone has a 180-degree lens along with an image processor onboard. This will also crop the entire image and the window of 1080p of the image sensor helps with the recording. The videos become extremely stable with that. The camera may even look towards any direction the user wants it to be without even moving the drone.

If we talk about the competition for Bebop 2 in the industry, then DJI spark can compete with it. The user cannot use various gestures of the hands to control the drone and there is no such obstacle to be avoided. The visual subject tracking is again a great add-on. With less pricing as compared to other drones, this one has a controller including a couple of batteries, working goggles that blend with the smartphones. If the user wants to make good videos, then the DJI Spark might be considerable, given its features.

Design of the Drone

First and the foremost, let us talk about the design and the look of the product. The product is built of durable plastic material with carbon fiber which renders the product stoic to being broken if the drone is handled roughly. The advanced users will also benefit from such shape and size. The upper curvature of the drone enables it to cut through the air in a streamlined manner. 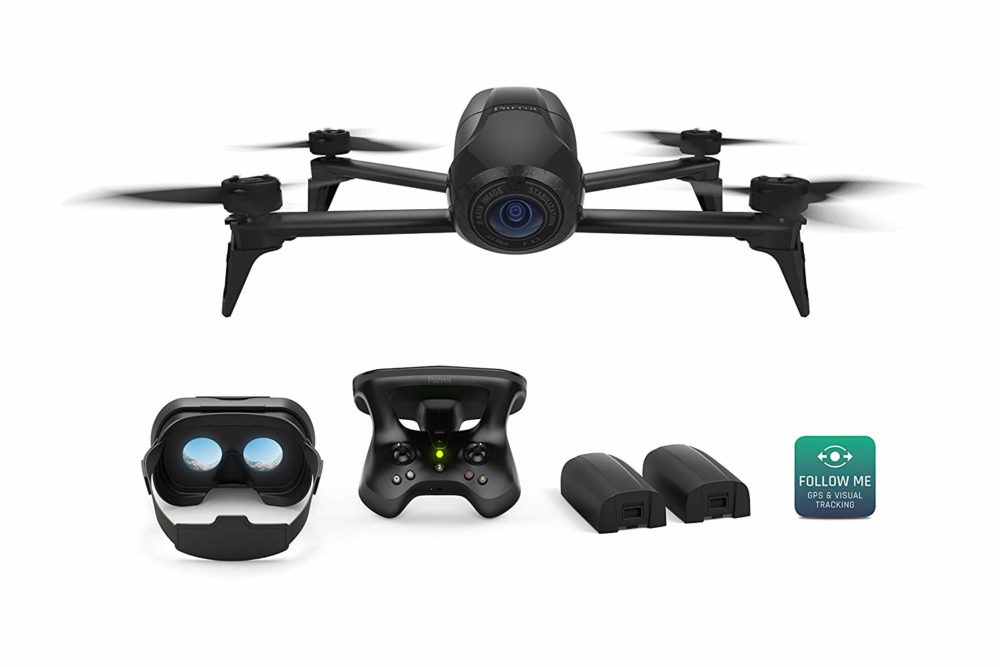 The Parrot Bebop 2 Power comes with a very long lasting battery which is soaked up by the drone is about 30 minutes. This is rather intriguing to the people who love to use it for long durations. The battery of this drone takes about eighty minutes to recharge completely. This is also a drawback. However, the drone is equipped with two batteries. One can be charged while the other one is being used. Comparing Bebop 2 Power vs Bebop 2, this is a huge improvement.

The Camera of Bebop 2 Power

The camera of the Parrot Bebop 2 Power is of 14 MP which has the potential to capture photos at 1080p resolution. In Comparison to Bebop 2 Power vs DJI spark, it is slightly better. The camera in the drone can be improved to a great degree. However, the camera is good among the dreams in the same price range. The storage which is offered by the product is of 2GB which is expandable up to 16GB by the insertion of the SD card n the other slot. It is compatible with Android OS.

The flight of the drone is really smooth. The drone beautifully glides through the air as a knife glides through butter. The drone offers easy control thorough of the device in the air and allows the operator to stabilize it in the air through the use of the controller. It can perform airborne spins and rotation at 360 degrees. The drones are also able to offer the professionals considerable scope to learn and perform new stunts.

The Price of Parrot Bebop 2 Power

The Parrot Bebop 2 Power with HD Camera is tagged at $599.99 on online shopping websites. The drone at this prices is quite costly. It also offers the maximum possible features which a drone can offer in this price range. The drone is a must have for the professionals who are seeking to learn to use the drone.

The drone pleases the buyers in this field as the drone offers unlimited ways of customization for the product to transform it to the liking of the operator. The product has extensions to add anything or alternatives which will compatible to add a new feature to the drone. The product is versatile and can be used in most of the situations.

This drone is a small and sleek device which glides through the air without any hassle. The drone is swift and is equipped with a number of features. The drone also comes in the luxurious Parrot Bebop 2 Power FPV pack. Honestly, this is one of the advanced drones in the technical aspects that are out on sale as of now. Despite the fact that it misses out features that the Spark has, it makes up with its other set of features, especially with its longer flying time, which is 30 minutes. This means that the drones can be flown higher and for a longer time without any hassles.

Immersion RC Vortex 285 Review – Should You Buy It?