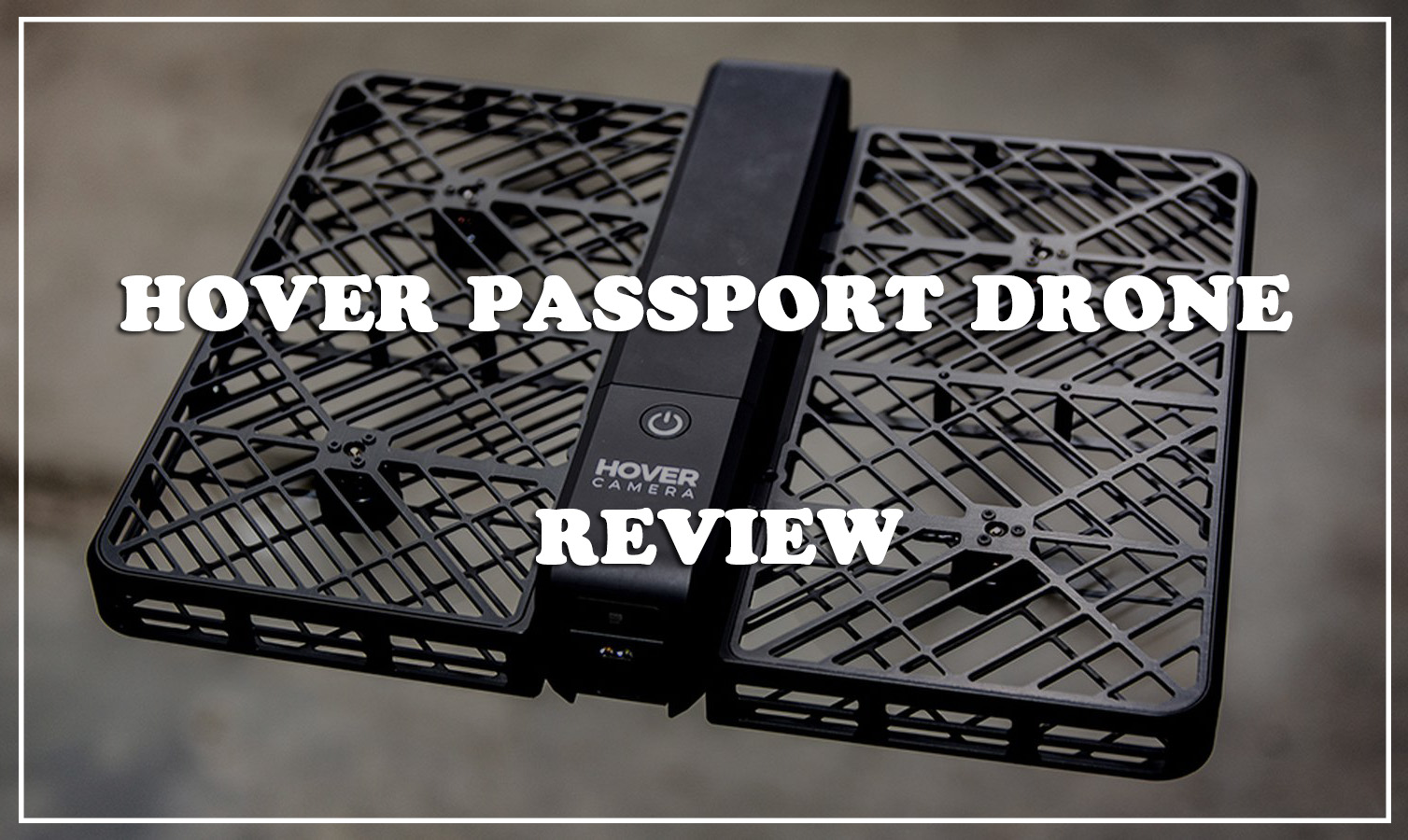 The compact Hover Passport drone is the new addition among the portable drones present in the market. The drone is all set to challenge the existing mini-drones in this section. Zero zero robotics has unveiled its newest creation which is in line with the trend. Here is the review for the product.

Unboxing of the Hover Passport Drone

The box of the Hover Passport drone consists of the foldable drone, a battery charger, a power adapter, two polymer rechargeable batteries, a USB cable, a protective shoulder strap, a protective package, and a beam pocket. The other parts in the drone are the 4 screw propellers, 2 screwdrivers, and an instruction manual. The parts of the drone are in black and grey color.

The passport foldable drone is small and compact which can be taken around by the user in their handbag. The compact drone is as small as 8.2 x 13.2 x 3.3 cm when folded and is travel-friendly. The Hover Passport drone is made up of carbon fiber which is extremely lightweight. The drone weighs about 250 grams. The material is resistant to crashes and attacks.

The Hover Passport drone is perfect for those who travel a lot and wish to document those moments by making videos. It is also famous among the vloggers as its follow feature makes the drone follow the operator. The face detection technology of the drone makes it identify a specific individual and follow them wherever they go. This technique goes a step further by enabling the drone to identify the owner of the device and lets them control the camera through the use of gestures. The drone is most certainly fun and approachable to use. The passport here, however, is not the high-performance. However, there are other top features that cover up this one. It tops out 17 miles in an hour in the manual mode. It lacks the GPS feature and has a range limit of 65 feet. Clearly, it is not one of the sporty ones, at least as compared to the rest of the design.

The drone was particularly built to be able to function as a camera robot, a flying one, of course. The design, its specifications and features reflect the same purpose. The drone was designed to keep close and follow wherever the operator goes. Though there are not ultra-responsive manual controls, the flying feature works well and needs to crucial attention. There is the face/body tracker software that ensures that the user doesn’t have to worry about the camera and the direction it is trying to point out. The entire machine is taken towards the autonomous flight mode, and that is one reason the user doesn’t have to show off the piloting skills at all. In general, the manual flying is not what the drone was made for. Given the fact, there is an app that can provide the user with fair control options. The two joysticks can be used if the user understands the traditional controls well. This one with a simple layout for those who are looking for just a fun one. 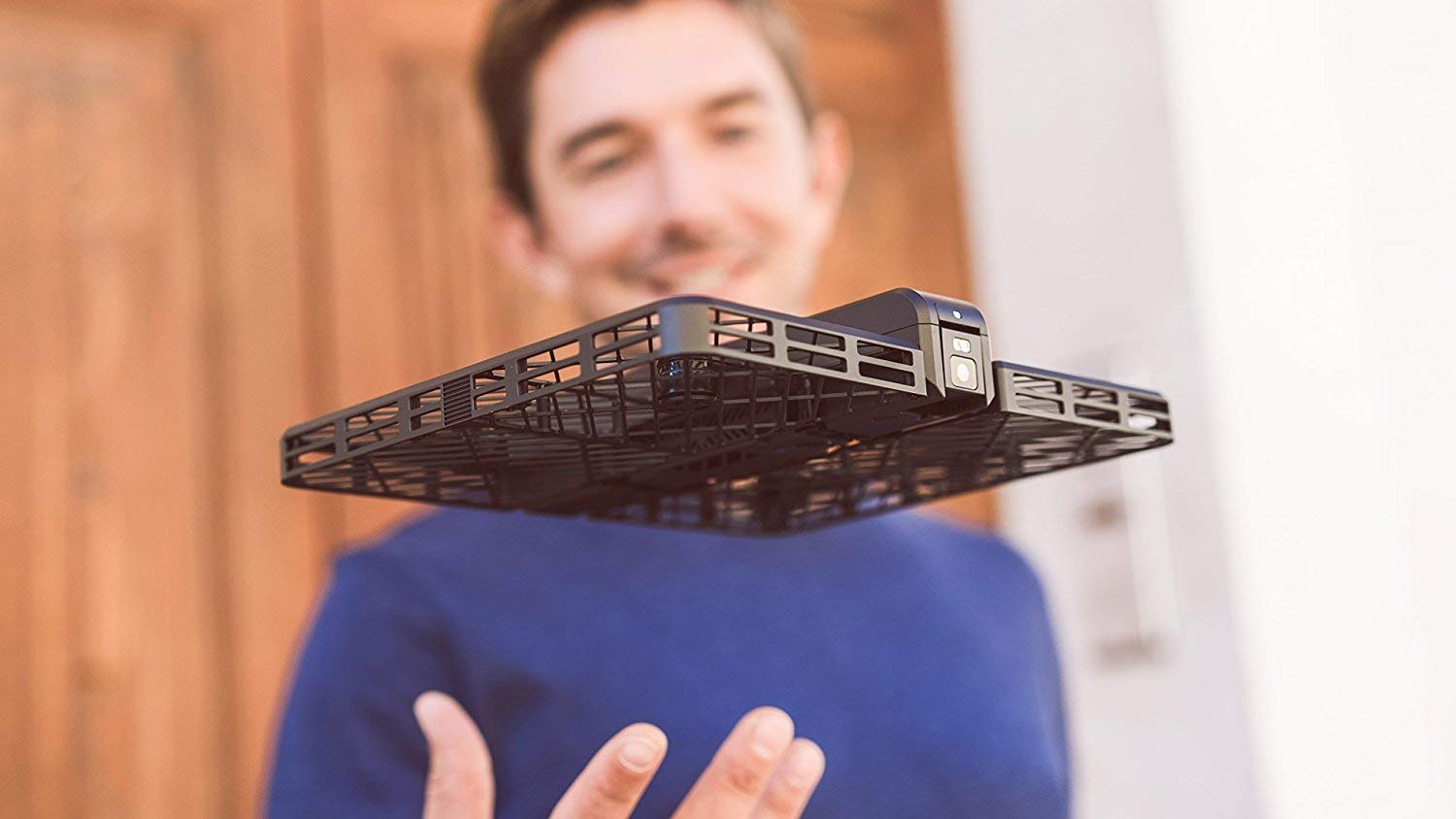 The Hover Passport drone camera has an impeccable camera quality. It has a 13MP camera which has a 1/3 inch CMOS sensor with a lens with a 78 degree of field view. The camera is capable of recording and capturing 4K videos at the high definition of 720p and 1080p at 30 fps. It can store files up to 32GB which gives the photo lovers to store a large number of photos at the same place.

The drone also has an orbit feature and a 360 spin feature which enables the drone to capture panoramic photos from the drone. This a treat for the travel and the phot lovers as they can capture a scenery in its entirety.

The live videography feature of the drone allows the user to access the videos which are being recorded by the drone and stream them live on their mobile phone. To use this facility, the drone should not be more than 20 meters to the user.

Like all the others drone available now in the market, the Hover Passport drone is also accessible through an application available to download on your mobile phone for free. This is essential since this drone does not accompany a controller. This reduces the price of the drone. The application is freely available for download and is compatible with Android and iOS and uses Wifi to connect to the drone.

The app is designed in a user-friendly and intuitive interface to allow easy flying for the drone. The application is equipped with facilities to control all the movements of the drone through the application. It is easy to use and explore.

The Hover Passport drone is equipped with two iLiPo 2S 1360mAh batteries. The batteries can be used alternatively to fuel the drone. The batteries work at 7.6V. The batteries take about 45 minutes to be completely recharged. The flight time offered by the batteries if about 10 minutes. This may vary as per the functions used while the flight of the drone.

Customization of the Drone

The drone can be updated through the computer. This requires the connection for the drone through a computer or a mobile through the USB. This can then be used to update the drone with the latest firmware to get the best that the drone has to offer.

The Hover Passport drone gives an enjoyable flight performance which is steady and stable. However, the drone disappoints the user as it does not have a GPS. The maximum speed which the drone offers is about 17 miles per hour with the height of 70 feet.

The drone is made for the travelers and vloggers who like to capture breath-taking sceneries and lively moments. If you are a travel freak or a vlogger then you can consider buying this drone as it can be the best option for you and your business.