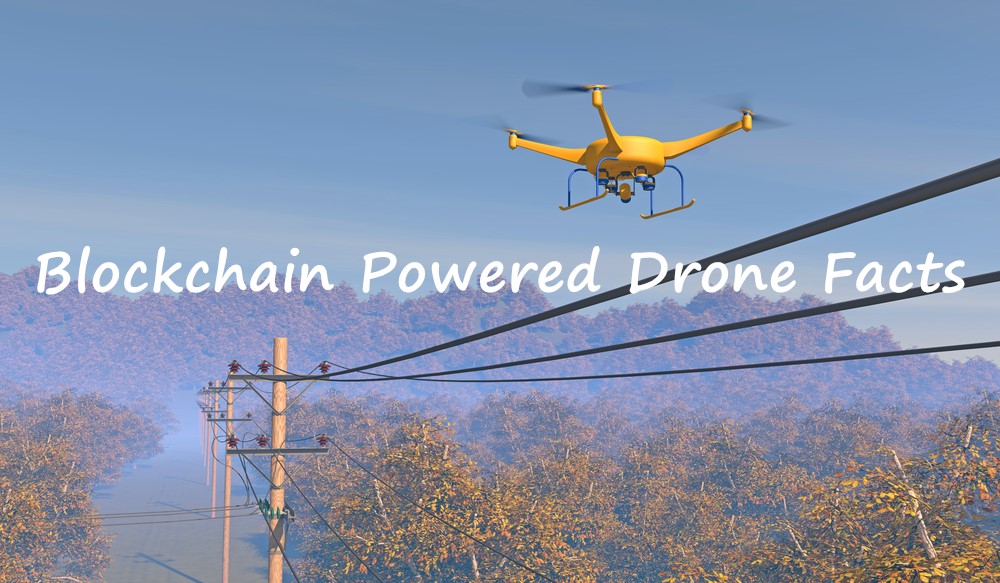 Blockchain technology has disrupted all the traditional institutions, and there is no going back to the conventional ways of doing business. One of the most remarkable applications of blockchain is in the creation of digital currencies. In spite of this, blockchain technology has found its way into a variety of industries, but today we will focus on its integration and powering of drones. Drones in their part need sophisticated technology in the form of networks and software for them to function as intended. This is where blockchain fuses with drones, and they provide solutions for security problems as well as improving identity management.

The blockchain is a method used to record transactional information, and it utilizes a distributed ledger instead of storing the data in a central location. What this means is that a copy of the entire ledger is available on each node of the network. The technology operates without a single point of failure, and it brings about data transparency, as compared to the conventional way of storing information.

While it might seem like an impossible to achieve, the drone superhighway is a system where drones can communicate with each other via satellites and ground links and without the need for human intervention. This means that full autonomous flights will be possible and the good news is that the FAA is already working on the regulations to make drone superhighway possible.

One of the ways the FAA is enabling the drone superhighway is by releasing digital maps, especially the altitude range where drones ought to fly. While governments across the world are debating the issue of actualizing a drone superhighway, blockchain could be used to deal with the problems drones are facing today.

AERO Token is one of the few drone superhighway enablers, and it is an Ethereum-based blockchain technology. The technology will enable property owners to earn by granting drones temporary right of way over their properties. This is a solution to legal and technical mechanisms overlooked by most parties pushing for a drone superhighway. The blockchain is a crucial part of the AERO platform that will facilitate consent from property owners to allow low flying drones in their property’s airspace.

With the rise of the number of drones in the sky, some people are using them for all the wrong reasons, and this raises a couple of problems for drone enthusiasts. Security and privacy infringement are some of the issues drones have people worried about and governments across the world are seeking ways of tracking and identifying all the drones in the sky. There is also the need to monitor all the missions a drone carries out, and this ensures that there is some order in the sky.

A blockchain backed identity management system will help keep track of the registered drones and their missions. The system will not divulge the private details of the owner. With such a system in place, it will help in the monitoring and undertaking investigation in cases of illegal use of drones.

For the drone superhighway to be a reality, the drones must integrate machine learning powered by artificial intelligence. Blockchain will have to be part of the communication networks. When used with drone deliveries, for example, the information will only be available to the parties involved, and so increase the security of such services.

The beauty of the decentralized ledger is that any changes to the ledger are visible to all nodes on the distributing network. Currently, SITA, one of the biggest companies in the communications and IT in the aviation industry, is building the largest registry of drones that will span the entire world. The company is bringing in drone manufacturers, regulators, and pilots, and this will ensure that the parties involved trust the registry.

When the drone nears a delivery box or location, it will authenticate itself using a blockchain identifier, which is a type of an encrypted numeric key. The drone will open if the key is correct and the drone will drop the package. With the delivery made, the owner will receive a notification message.

While the drone delivery option is susceptible to tampering from third parties, Wal-Mart new patent could make the sector tamper-proof. The applications Wal-Mart has in store spans more than ID authentication. When integrated into the drone delivery ecosystem, it could collect data such as pickup protocols, delivery handlers, date of delivery date, drone speed, and more. This has placed it on a sure path to be trusted by drone delivery manufacturers and retailers as well as the customers.

With both of these technologies available to more people today, some startups are looking to disrupt various industries with blockchain-powered drones. Amazon boss, Jeff Bezos, shocked the world when he declared that Amazon would start drone deliveries. His statement opened a Pandora’s technology box and several startups have come up that are integrating blockchain technologies with drones. While Amazon, UPS, and other big-time companies are looking to get into the drone delivery, some startups have already started headlining the sector. Here are some whose blockchain powered drones are worth a mention. 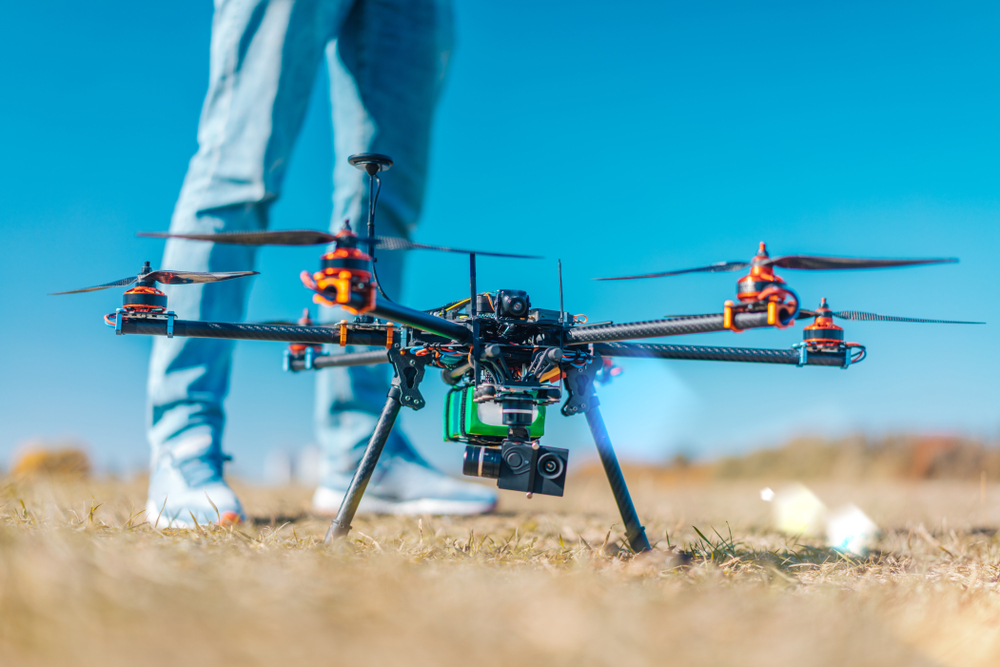 This company is looking to develop, power, and support the evolution of a secure blockchain ecosystem for IoT devices, including drones. They emerged in the market when they displayed their safe home deliveries using drones. The drones will use cryptographic microchips that will give the drones a unique identity on the blockchain, and other IoT devices will use to deny or provide the drone access to a home to make the delivery. When there is a confirmed handshake, then a window or door will open, and the drone will make the delivery.

Delivery in cities is sometimes slow due to traffic jam snarl-ups, and Dorado is using blockchain technology to assure customers deliveries of 15 minutes or less. It is currently delivering food, but they want to expand to deliver anything on demand. The company uses the HyperLocal Logistics Platform, a blockchain platform, that will connect customers with the local network of drones, robots, and drones, that will deliver items purchased from a store. The company is exploiting the fact that drones are as much as six times cheaper compared to human couriers.

According to the website, SKYFchain is the first ever business-2-robot platform that aims to directly link hardware manufacturers with service providers, leasing insurance to regulatory providers, as well as logistics providers to clients. The company seeks to unite the participants in the market under one blockchain based token and smart contract system. The company has drones that can carry a payload of up to 400 kg, with a flight range of 220 miles, and clients can rent the services of these drones using the SKYF token.

For most people, they are comfortable with the typical way of life, but there is no doubt that both blockchain technology and drones are disrupting various industries in the world. In Dubai, there is the talk of passenger drones that will use blockchain technology to ferry people around the city and to desert camps. There is a lot of possibilities when these two technologies are integrated, and the future is bright. 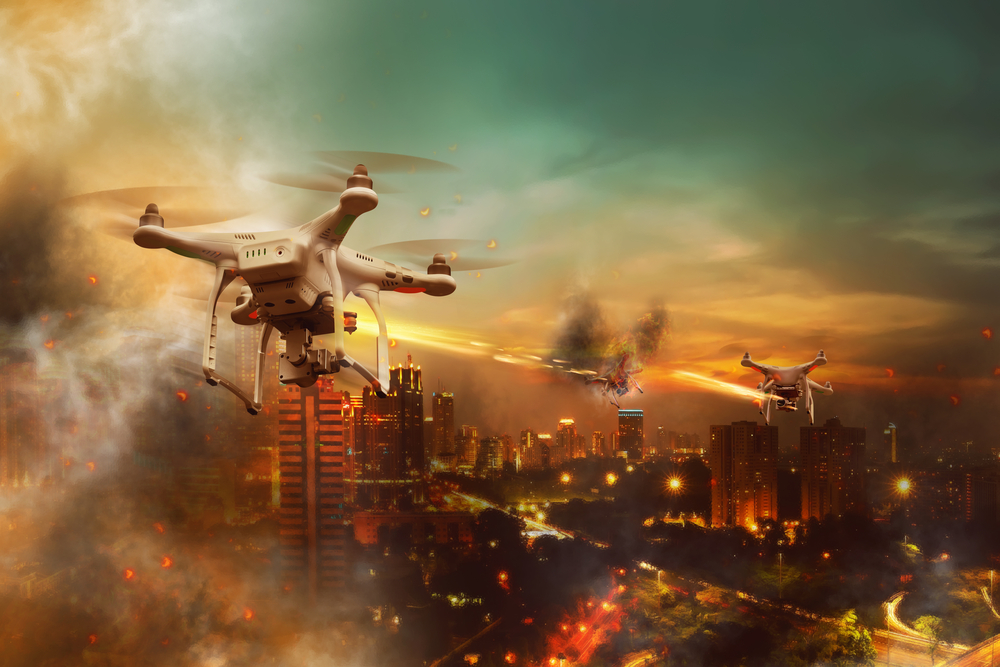 To an ordinary person, blockchain and drones are worlds apart and but with the examples outlined above, you will see that they have more to offer the world. Much research and development that need to go into this unusual partnership to get more applications. Blockchain powered drones have brought about disruption in traditional industries that were run by monopolistic organizations.

The benefits of having blockchain-powered drones are rising every day, and they give assurance of cheaper and tamperproof services. While there are only a handful of blockchain-powered drones, but the technologies are still in their infancy stages, so watch this space and wait for what is coming next. With AERO bringing the missing piece in the drone superhighway, we might have more projects that will make everyday life simpler.

Go for A Change With Amazon’s Amazing Drone Delivery Services